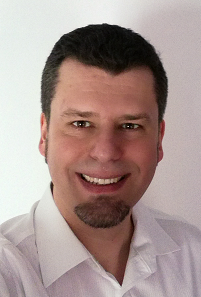 I was part of a team, which had to reverse engineer, document and migrate Apache Oozie based Java workflows out of Cloudera clusters into AWS EMR.
As a Developer I investigated and migrated about 20 custom built ETL pipelines. I modified the pipeline Maven builds and the Apache Oozie workflows as necessary. I deployed the migrated pipelines onto AWS EMR. Solved the emerging issues and documented the whole process on Confluence.

I was part of the MLFE - Machine Learning Feature Engineering - team, which is about to maintain, support, enhance and refactor Hotels.com Machine Learning pipelines.
As a Data Engineer I had to:

The Blockchain Competency Center was about to understand the concepts and use cases of Blockchain technology.

As a trainer I developed an in house training series (Blockchain introduction, Cryptocurrencies, Ethereum) in order to prepare EPAM colleagues for Blockchain based projects. The training was presented several times and became the most popular in-house training in EPAM Hungary.

The SPARTA project was about to deliver a new web based tool for DB Traders in the Wealth Management sector.

In 2017 H1 EPAM helped to develop the Fixed Income related part. As a team member I developed front and backend features, fixed bugs and wrote documentation.
In 2017 H2 I took over the Delivery Manager position in the team, which delivered the Cash Equities part of the SPARTA platform. 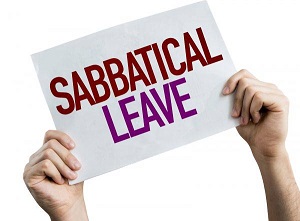 After a 3 month rest I took the opportunity to learn some Microsoft techologies - for instance the C# programming language.

The project was about to migrate the former MoneySavingsExpert Cheap Energy Club blog infrastructure to the new MoneySuperMarket.com Fusion platform.

This migration was a complete rewrite in all layers: frontend, backend microservices and MongoDB based database.

As an architect at first I designed the MongoDB database structure and the microservices RESTful APIs. Once the backend became stable, I designed and implemented the production database migration. It was done in the following steps:

Of course test dataset was generated, monitoring and runtime statistics were gathered. Several dry runs preceeded the production execution. The final run was fast and flawless.

This project was about to implement RESTful microservices for the brand new backend platform of MoneySuperMarket.com, which integrates various User Inerfaces (web and mobile) with third party services and other internal data sources.

I built up the backend services EPAM development team. I trained the team and defined ways of working. Later I passed the team leader role to a Project Manager and moved to a technical support role.

I wrote the Consumer Database User Manual documentation focused on the On-boarding guide.

I took part in the Technical Improvements sub-project:

Maintain and enhance eDreams new JBoss application server based online platform, which is used to support flight and hotel searches.

I designed the client site Java Swing based GUI and the API, which was used to connect to the server side distributed deployment automation system. I reviewed the code, which was created by the offshore development team.

I took part in Inception and Estimation phases of various Expedia Affiliate Network projects. Its goal was to modernize the Affiliate Partners portal site and migrate those to a more efficient hosting model in AWS.

I did RFP analysis, technical and cost estimation. Build schedules and figure out the right approach from technical and organizational perspective. Manage the offshore team in Minsk and host knowledge transfer sessions.

This project was about to introduce the new online publishing platform of Wolters Kluwer in their
internal Business Units all around the globe. In order to aid this introduction, a new team was created,
which is called Project and Professional Services (PPS). The technical part of this team was resourced
from EPAM in Hungary.

This project was a Code House, where some development teams gathered together from Eastern European outsourcing companies in order to compete with each other for work. Our team won the competition, which resulted in a software development project for EPAM.

I had to design and write XML based automated Web Service based tests and create documentation – including presentation – about the results.

I did the following Proof Of Concept:

I worked as a developer on 3 Tier J2EE application. The product was built for the US Health Care Insurance industry. It had a Swing based thick client and an EJB-CMP based persistency layer.

My duty was to design and implement various UI screens and the client side backend layer. I also integrated an ActiveX third part component into the UI with XML technologies. I implemented client side authentication based on JAAS. I took part in server side development - mainly session EJB creation.

Diploma Thesis about WebServices based Portal for Mobile Phones